What is The Face Slapping Championship 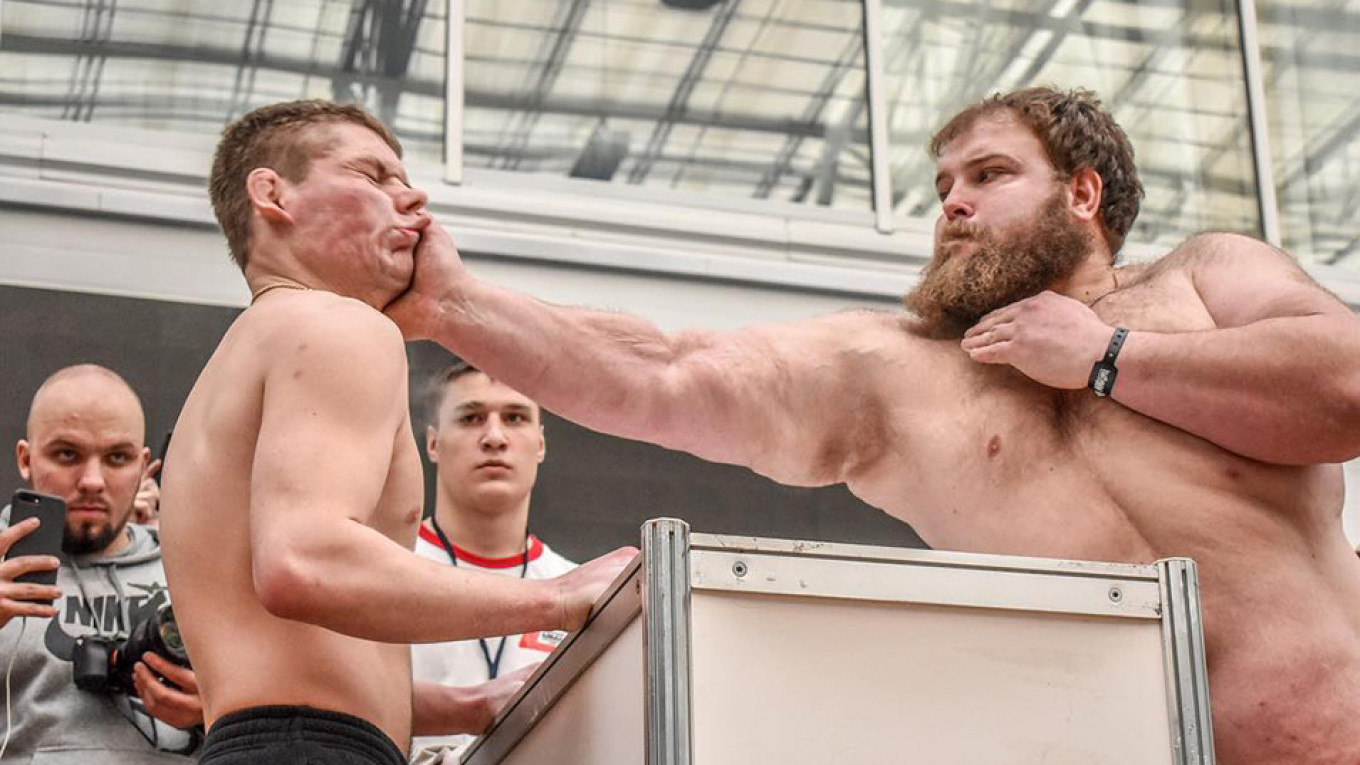 Two men approach each other only separated by a white table. The referee flips a coin to determine who will go first. The first competitor puts white chalk on his open hand. This is to determine where his strike lands. He then lines up his strike, taking 3 or 4 practice swings. Then with all of his strength, he slaps his opponent as hard as possible with the hopes of slapping his adversary unconscious. This is the sport of “The Slapping Championship” and has become quite popular in Russia. The event was introduced only last year at the Siberian Power Show in Krasnoyarsk, Russia. It was originally brought in to add “novelty and fun” to the festival of sports, but quickly gained popularity amongst the men that attended the show. The rules are simple:

Two men stand face to face and take turns slapping one another. With bare hands and no head protection. tThe competitors take turns to slap one another, hard, around the face. Each man has five attempts at slapping his opponent down. After that, a judge decides who fared better, and the winner proceeds to the next round. To maintain balance after being slapped, competitors hold on to a sturdy stand that is placed between them, but often extra help is required to keep them on their feet. Only the upper part of the palm can be used to strike only the cheek, without touching the jaw, temple or ear of their opponent. Evading the slap is also a foul. If a competitor commits two fouls he loses the match. Check out the link below and drop a comment!

0
0   0
previous McGregor Vs Poirier UFC 257
next Create an account and receive a FREE GIFT!